Experienced producers know that vocal compression is one of the most delicate parts of music production. After all, unlike synths and external instruments, the human voice can be a bit whimsical. Even the best and most consistent performers might perform a bar in several drastically different ways. Producers often have headaches taming these sensitive signals, especially given the fact that vocals usually take the central part of most productions.

This is why producers often come up with complex compression, limiting, and automation strategies to keep vocal samples exciting, full of life, and consistent. Fortunately, many plugins are now capable of processing vocal signals in intelligent and responsive ways. 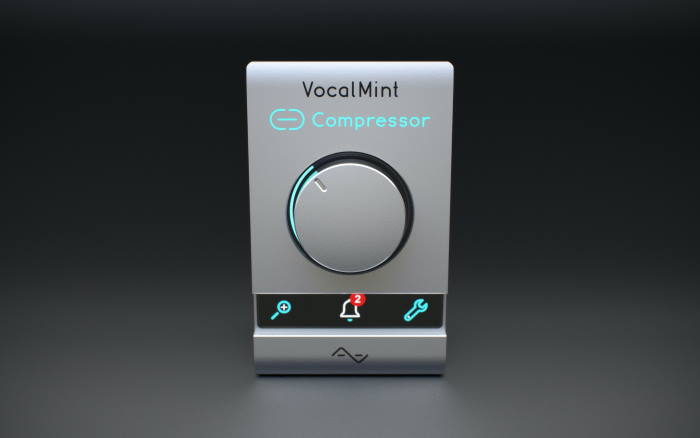 We’ve taken a look at VocalMint recently. This is one of the latest compressor plugins this year, which aims to do. Crafted by the Czech Republic-based company, Audified, VocalMint has been designed specifically for vocal samples. Marketed as a “one-knob multi-stage compressor” with “an intuitive learning curve-free user interface,” VocalMint is supposed to be a complete compression chain.

In the vein of similar one-knob wonders such as FL Studio’s classic Soundgoodizer, VocalMint’s selling point is its simplicity. But behind VocalMint’s minimal facade is a much more complex signal chain.

Although it calls itself a compressor, VocalMint is composed of three different compressors, each equipped with distinctive capacities to enable the plugin to process all sorts of vocal signals that pass through it.

As advertised, it is enough to push the plugin’s big knob to put it into action. The plugin will then analyze the signal and do its magic. This automated and intelligent power simplify your compression chain, especially for finicky signals such as vocals.

While much of VocalMint’s magic happens under the hood, Audified gave users some space for personal taste. It has a menu where users can tweak some parameters such as zoom options, dBU/dBFS calibration, and others.

Sound-wise, VocalMint sounds as good as advertised. It effectively brings out drowned details in the vocal samples, making it sound more full and rich. Rather than simply making everything loud, VocalMint seems to recognize significant frequencies in the samples that give the sample more character.

The one-knob function makes VocalMint an excellent option for beginners or even more advanced users. Slapping on the plugin on the vocal channel and hearing the dramatic changes to the sound is quite a delight, especially if you are used to doing complicated plugins chains in your vocal channel. We believe there is a bit of automation happening inside the plugin that enables it to respond in real-time to each sample’s properties.

We were also impressed with the transparency of the sound produced by the plugin, especially given that it has a multi-band compressor at the end of its signal chain. As claimed, the ‘shaping’ that happens at the multi-bad stage doesn’t seem to overpower the user’s EQ settings.

VocalMint can make any vocal sample sound great. On top of that, it is also easy to use. The one-knob functionality simplifies the compression process, good news for producers who find it difficult to tame vocal samples.